The CROMA Meeting Ceremony (Croatian Association of Managers and Entrepreneurs) was held on 29 November 2019 at the Westin Zagreb Hotel under the auspices of the President of the Republic of Croatia, Kolinda Grabar Kitarović, co-organized by the City of Zagreb, the County of Međimurje and under the media sponsorship of Business efficiency d.o.o. The Ceremony was held to award this year’s nominees with the annual award and acknowledgement for the Manager of the year 2019 in 10 categories. In the category for managers of large companies, the Manager of the Year award was presented to Mr. IVICA MARIC, dipl.ing., CEO of Đuro Đaković TEP d.o.o.

The ceremony was also attended by members of the immediate team of Đuro Đaković TEP d.o.o. company executives. After receiving the award, Mr. Ivica Marić thanked in his speech for the award given, pointing out that they may have put his name ahead of this award, but it is in fact a great tribute to the entire company and all its employees. 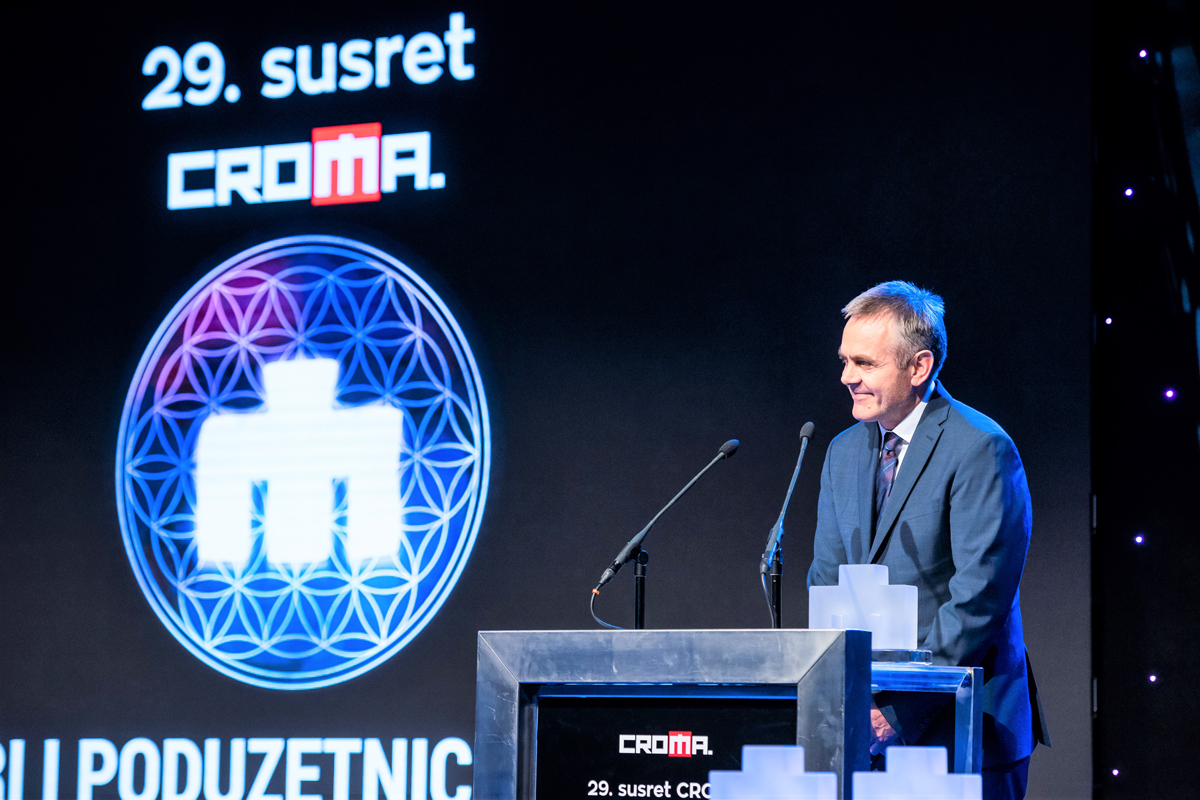